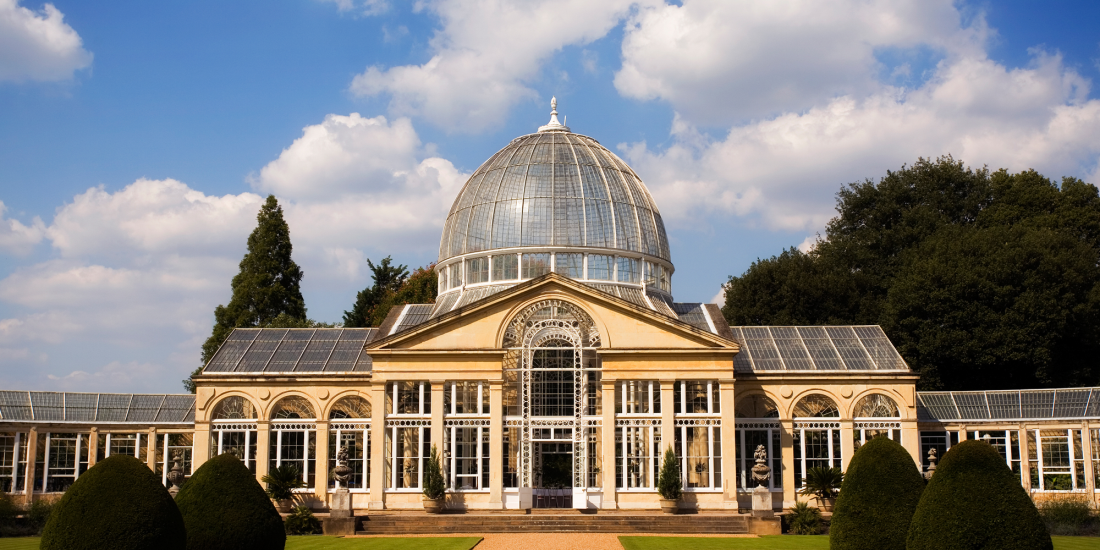 In the early nineteenth century, glasshouses were relatively small and little different from the orangeries of previous years. They were predominantly built of stone with large windows, and, occasionally, glazed roofs.

At Syon the commission for the new Conservatory was given to Charles Fowler, an architect who specialised in large industrial buildings; in his use of the new metalworking technologies being developed in the English midlands, he spanned the twin disciplines of architecture and engineering.  At Syon he created a building whose delicate structure was combined with a neo-classical elevation on a Palladian model.

Backed by the huge range of growing houses in the newly-built nursery, the Great Conservatory was filled with exotic plants from all corners of the world.  Thus there were “Cape” plants from South Africa, “New Holland” plants from Australia, and Camellias from China.  By the 1880s palms and giant bamboos grew to the top of the Dome, but the social and political disruption arising from the First World War lead to a period of decline.

The building was extensively restored in 1986/7 and, although now entirely unheated, it is an important historic structure in a remarkably good condition.